From Danish design to district heating 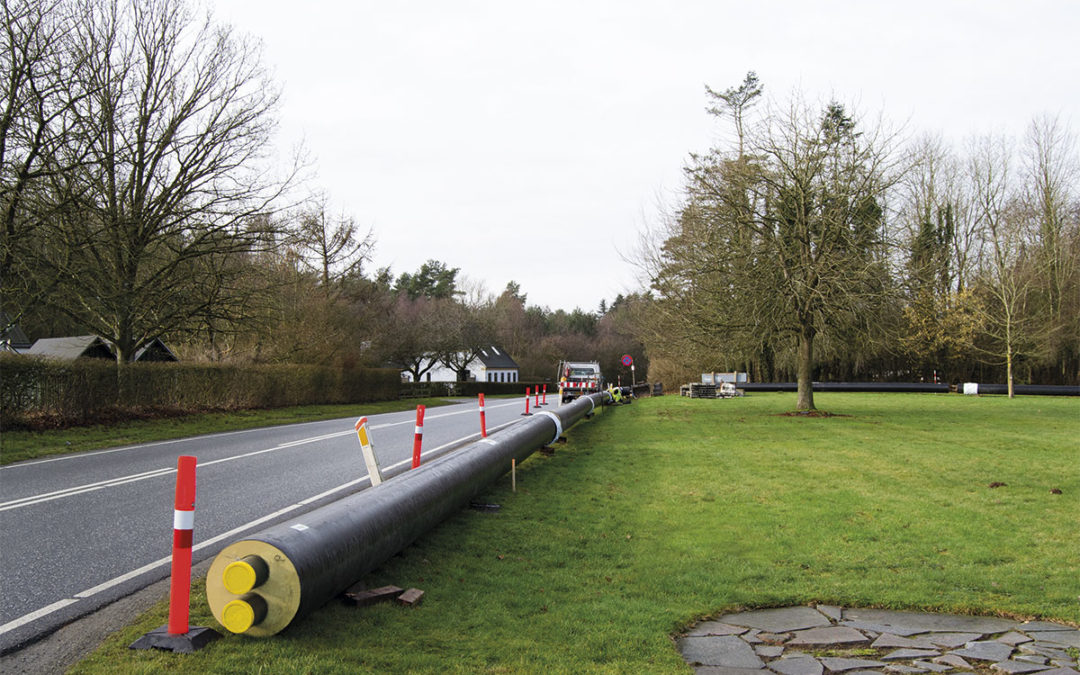 Although furniture designers Carl Hansen & Søn in Gelsted have been on the market for 110 years and export to the whole world, they are going to launch a brand new and somewhat unusual commodity later this year, namely tons of wood chips.

The customer is Gelsted District Heating, a supply company which will soon build a wood-chip based plant near the furniture factory. Here, the chips will be converted into heat and then distributed to the town of Gelsted through a new transmission pipeline.

The local cooperation provides great benefits for both parties.

Since it became known that the State subsidies will cease, Gelsted District Heating has been looking innovatively for a better and more economic energy source to supplement the expensive natural gas.

– We have checked out heating pumps, waste water, etc. But then one day, I phoned Carl Hansen & Søn and scheduled a meeting. Many meetings followed, and in the end, we reached an agreement. They were as hooked on the idea as we were, and we have developed a brilliant cooperation, says Erik Hein Nielsen, manager of Gelsted District Heating.

Yearly saving of over EUR 500 in heat cost per consumer

Previous calculations showed that with wood chips from the furniture factory as heat source we could reduce the need for natural gas by 70 to 80 percent. However, there are several variables, one of them is that Carl Hansen & Søn are expanding and extending their production area significantly; therefore, Erik Hein Nielsen would rather not make any concrete predictions.

– But one thing is certain, and that is that a considerable “surplus” of chips is available to heat the town – and we estimate that each one of our 406 consumers will save extra expenses of about EUR 535 a year, says the manager with regard to the 10-year agreement.

Selling it all plus a green profile

To Carl Hansen & Søn the cooperation means that, from now on, they can sell all their wood waste – and in addition achieve a green profile.

So far, the factory has used some of its wood waste in-house as fuel and internal heat source, but they produce much more than they can use themselves. Since 1st October last year, Gelsted District heating has been the one to assume responsibility for the entire heat supplies to the company.

According to Eric Hein Nielsen, Gelsted District Heating invests EUR 2.8 million in the project which they expect will start up in the fourth quarter of 2019.

The pre-insulated piping for the approximately 2.8 km long pipeline between the new wood-chip-fired plant and the “old” heating plant in Gelsted will be supplied by isoplus Piping Systems in Middelfart. The project involves 176 lengths of district heating pipes in the dimensions 168-168/560.

– We always had a good cooperation with isoplus. They offer good service and security of supply, so we use them a lot. And it is always a plus when the supplier is a local company, says the manager, who is quite excited about creating the synergies.

– It’s fantastic that we can help each other locally – this also goes for the great support we received from Middelfart Municipality, Erik Hein Nielsen concludes.